Happy weekend to you all!

It’s been a hot second since I did a “Friday Favorites” so that’s what today’s post is gonna be. So, grab a cup of coffee (or whatever you’re drinking these days 😉 ) and I hope you enjoy reading —-> 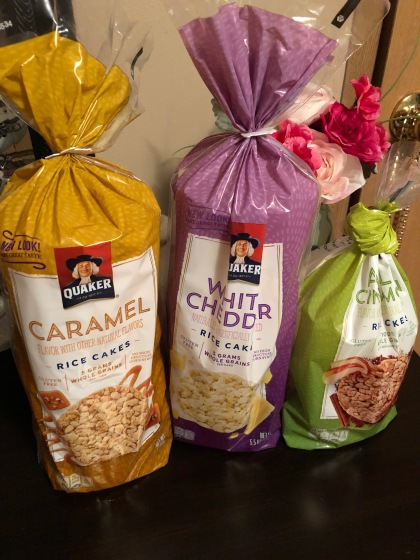 Recently, I’ve been obsessed with rice cakes! I love the Quaker ones – they’re my favorite brand! They are the perfect snack (especially when paired with yogurt!) I love the caramel and white cheddar flavor, but apple cinnamon is also super yummy!! If you’re looking for a filling, healthy, yummy snack – I totally recommend these bad boys. 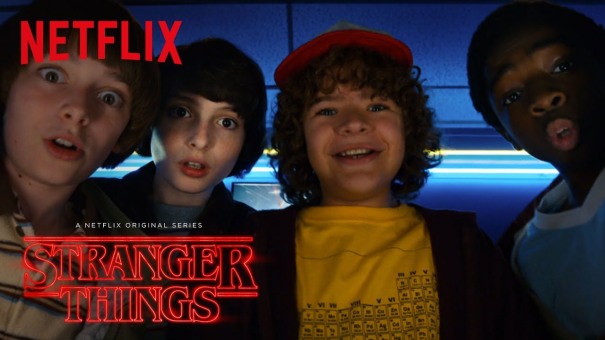 I know, I know… I’m a little behind on the craze, but better late to the party than never showing up, right?!

I watched this show on a whim one night after finishing “13 Reasons Why” and really enjoyed it! Right now I’m on season two. However, at first, the kids’ personalities kinda got on my nerves, but now I think they’re pretty cute and hilarious! I totally think you need to watch a few episodes before making your final judgement on the show. It really does get better and the plot thickens after each episode. It’s action packed and something I think would even be enjoyed by people who aren’t sci-fi fanatics. 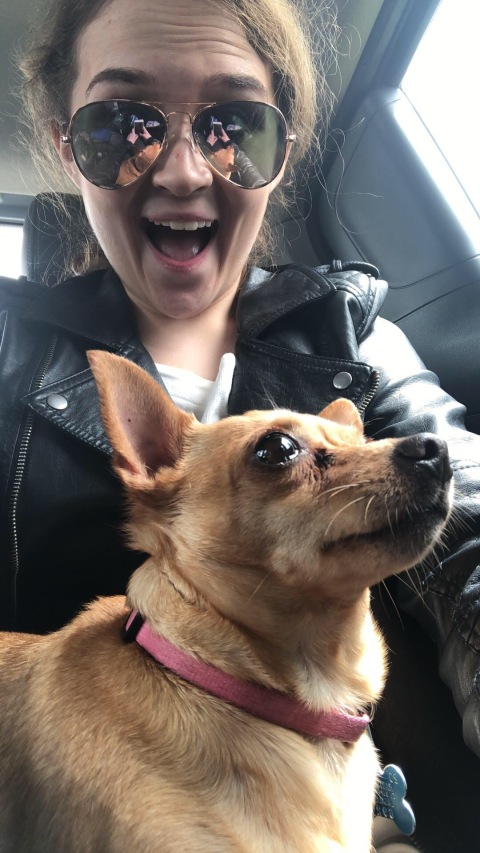 Every few weeks I take Piper (my 4 year old chihuahua) to get a “pampering.” She gets her nails done, fur fluffed, etc. She used to be so squirmy in the car that I dreaded each time we had to take her because she would not sit still and cries really bad if put in a crate. So, I always hold her (or at least try to.) Thankfully, as time has progressed, her car anxiety has gotten much better and she actually enjoys it now. A few weeks back we had to go out of town for a few nights and she did fine on the car ride there and even slept good in a hotel! I know she is only a pup, but I’m a #proudfurmom! She has overcome fear – something that is hard, even for humans. She was previously abused and malnutritioned prior to us adopting her, so she has a painful past, but she is making strides every day!

This was a huge milestone for her! I just had to share, sorry for the puppy-overload 😉

This song. Oh my word!

You guys, I’m 19 and this is my last year as a teenager. I could write a whole blog post on this topic, but I feel like I’m not a little kid, but I’m not a “full-fledged” adult just yet. I’m going through so many firsts in my career, college studies, and life in general, and it is overwhelming, scaring, and sometimes exciting. In the meantime, I have people at every angle telling you you’re growing up too fast and others asking you if I’m even old enough to drive! You get mixed comments from everywhere and it can get a little annoying at times. I mean, do people not remember being 19?

We all go through the same stages of life at some point; we just don’t do it all at the same time. One person’s 19 is another person’s 35 and vice versa. And, that’s okay! We aren’t all supposed to be at the same place in our lives. We shouldn’t judge people by anything other than their character and heart. Nothing more, nothing else.

Well friends… That’s what I’ve been loving recently! I hope you guys enjoyed this post and have a marvelous weekend! Got any fun plans?

What is one Netflix show you recently discovered/are loving?

If you could be any age again, what would it be? Why?

Cannot wait to get back in the saddle once quarantine is over 🐎
Not sure how I did this, but I am very proud... 🪓
“I'm so glad I live in a world where there are Octobers” -L.M Montgomery
ferrris wheel views..🎡💭
i’m just a product of the system, a catastrophe•••
Voted for the first time! 👍🏼🇺🇸 #vote