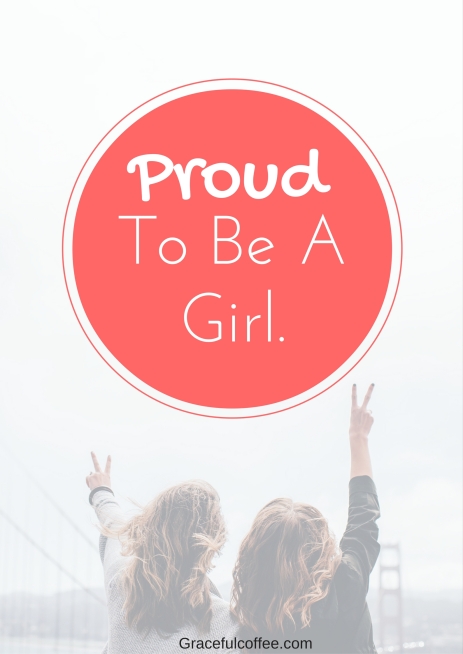 I’ve thought about writing this post for weeks, but I hesitated because I thought it would come off controversial.

Then I asked myself, “Why?”

Why is it controversial to embrace my femininity?

Why is it controversial to embrace my gender?

Even though the year is 2017 we still live in a world full of misogyny, gender roles, and inequality.

So many people think that those who claim to be “feminists” think that women are above men; that is far from the truth.

As a woman, I don’t think I’m better than a man – I just think that I’m equal to a man.

I think that I should get payed the same thing as a man per hour for the same amount of work.

I think that if I want to become a preacher, contractor, farmer, or any other occupation that’s generally a “man’s job,” I should be able to do just that.

I think that if I want to wear an outfit that shows even the slightest little bit of skin, I should have to worry about being cat-called or sexually harassed.

Just like the saying goes, there’s no freedom until we’re equal.

ALL of us. Not just women, but every class, ethnicity, sexuality, and so on, of people can be treated and respected the same.

I know so many people don’t approve of how this generation makes their voice heard. They say we’re just kids and we don’t have enough life experience to fully grasp what’s going on. To an extent, I think they may be right. But, we see the future that is ours and we want to be given our best chance.

As a young woman, I will never cower when someone tells me “I’m just a girl.” I will stand tall, and proudly embrace who God made me to be. I will say, “Yes, I am just a girl. And that is and always will be more than enough.”

Do you consider yourself a feminist? Why/why not?

If you're a company interested in working with me please email me at: mia2009@comcast.net